Our society is obsessed with how we look and we are bombarded with a crazy number of safe, and non-safe, healthy and non-healthy, ways to change how we look in order to achieve the desired result of youthfulness. It’s a modern fixation … the quest to look younger, live longer while feeling full of energy and like when we were “younger”. At the least, we want fewer symptoms. And all those ads are pushing us toward spending money on diets, equipment, testing, procedures, and a wealth of ingenious new ways to fight off aging.

Wouldn’t it make more sense to be obsessed with feeling good, with feeling healthy, with loving and accepting ourselves … with what I call “victorious aging”? Because guess what. Aging does not equal decaying. We can change our game, continue healthy development …. yes, let’s reframe aging as development. It’s another stage in the development of life. I don’t run a 7 minute mile like my grandson or 9.5 minute miles like my daughter does but I can run! And run well. It’s the same idea as shifting my bike when I mountain bike. I don’t try to do the entire ride in one gear; that would be (frankly) stupid. Changing gears is normal, it’s natural, it’s expected and accepted. It’s the same with aging well – or rather developing well in the later years – change is expected and can be intercepted using exercise, food, ATTITUDE, meditation or singing or chanting, and self-love. That being said, it is a good thing to ask if I can become even better, stronger, faster even though I feel my best or healthiest. Because that’s the only way I’ll ever know how good or fast or healthy I can be! It’s the psychology of the possible rather than believing what we’ve been told is impossible.

THE KEY: I have been calling Chinese medicine the “true anti-aging medicine” for years!! Because, when someone comes in and we balance their pulses, get the Taichi symbol/sine wave back into their body’s rhythm, THAT is using our original qi for the best possible health. 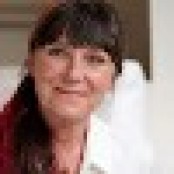 Dr. Lucas is uniquely qualified in the field of Chinese Medicine because she holds a Ph.D. in Research Psychology a well as her certification and licensing to practice Traditional Chinese Medicine. Lucas has more than 20 years of teaching and speaking experience and is described as "a dynamic speaker who keeps her classes engaged and who can explain complex information in an understandable form." She is internationally known for teaching and training Practitioners the Mei Zen Cosmetic Acupuncture System. As well as teaching Cosmetic Acupuncture, she teaches practitioners how to properly take care of their patients’ skin using My Zen Skin Care products. Her other course offerings include the Pulse Diagnosis and Biofeedback Internship where practitioners study under her mentorship to learn to be better, more effective diagnosticians. Her private practice is based in Denver and in Littleton Colorado where she specializes in internal medicine: diagnosis and treatment of serious chronic illness and, of course, Mei Zen Cosmetic Acupuncture. Dr. Lucas has been interviewed about Cosmetic Acupuncture and skin care by many publications including The NewYork Times and USA Today and is the author of several books: Pulse Diagnosis: Beyond Slippery and Wiry, Cosmetic Acupuncture Works! Your guide to Cosmetic Acupuncture for anti-aging, The My Zen Cosmetic Acupuncture workbook included with course registration, and You don’t need Botox (out of print). Her latest book projects are Sex Sucks: What we can do about it, and for children, The Skeleton in a Tutu gets Acupuncture.